Finally the weather has warmed up. Ramp 48 and 49 had some Blow Toads. Puppy Drum in Ocracoke caught by Tony Monti and Sue Sokira. The water was sloppy today but tomorrow should be a lot better. There was a 29 inch Blue Fish caught. Yesterday there were some 30 inch Blue fish caught in…

Considering the cold there were still some nice Puppy Drum caught. Ramp 48 and 49 had some Puppy Drum and small Blow Toads. This morning there was a good bite on Puppy Drum Southside of the Point. We need some warm weather. Have a Great Day Fishing. Dede

We all sure wish this cold weather would go away. Starting Wednesday it will start back in the 60’s. Ramp 48 and 49 had Blow Toads. South side of the Point had a decent bite on Puppy Drum. The wind is suppose to come out of the South starting Wednesday which is good. Brian was…

Another windy day on Hatteras island.  What little fishing going on was down at ramp 49 and 48.  Blow toads  were caught there this afternoon.  The weather is going to change after Monday and should be southern winds and warmer.  Possible good fishing for big drums by Thursday.  Sea mullets, puppies, and blow toads should…

Reports of scattered puppy drum from the south side of the point to ramp 55…reports of puffer fish at ramps 48 and 49…we heard reports this afternoon that several stripers were being caught off of Ocracoke beaches.  There was a report of 1 yearling drum caught in Avon today and reports of sharks being caught…

It has been a very pretty day here on the island, there have been reports of puppy drum from Ramp 55 to Hatteras Inlet and reports of a few scattered pups on the south side of the point!  Have a great evening and tight lines… Bryan

Not too many people fishing today, but those that stuck it out were rewarded with some really good fishing around Low Tide at the Point.  Upper Slot and overslot Red Drum to 32″ were reported as well as some nice size Black Drum and a few keeper Sheapshead.

It feels like winter time again. We had a few out trying to fish but haven’t heard of any reports. I will be ready for all this crazy cold weather to leave. Hopefully spring will show up soon. Have a Great Day Fishing. Dede 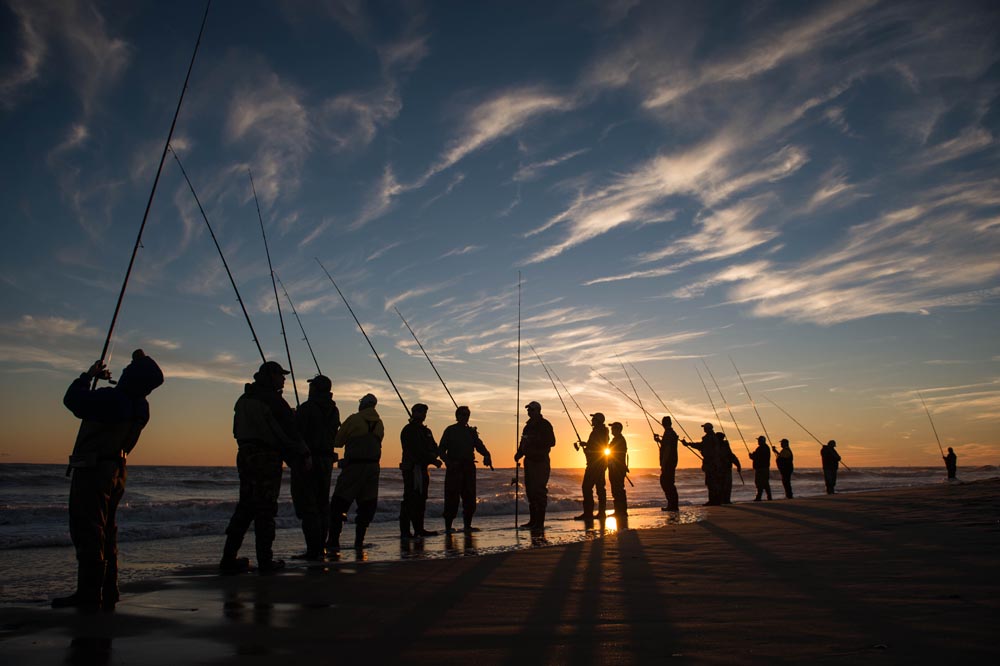 It was beautiful and then got chilly.  There were 12 slot-sized Red Drum caught since about noon and 1-36 inch and 1-42 inch Red Drum today.  Quite a few dog sharks mixed in.  We had quite a storm here starting about 3 AM, lots of lightning and thunder.  It stopped and got beautiful about 9…