At the Point a lot of croaker were caught today and lots of shark jumping.  In the Sound there was a good speckled trout bite, including a citation-size speckled trout weighing 6 pounds 2 ounces. Why did the shopkeeper throw the clams out?  They were past their shell-by-date.  Denise

I wrote a citation for a 1 pound 13 ounce, 17.25 inch, 9.25 inch around sea mullet caught at ramp 44 today. The same guy also had a huge pompano, the Spanish were out there today but they were just a little too far out of range and the speckled trout are still biting pretty…

Sharks out at the point. Sheepshead and trout in the sound. Flounder and trout caught in the canals on south beaches.   Have a good night!

There was a good Spanish mackerel bite up and down the beach.  Sharks caught at the Point.  In the Sound anglers caught speckled trout and a good number of puppy drum. How did the marine mollusk get into college?  Apparently it got in on a scallopship!  Denise

Spanish mackerel, one weighing 3 lbs., were caught between Ramps 43 and 44 today.  Also, blue fish and several large sharks were caught at the Point.  In the Sound there is still a good speckled trout bite. Where do women keep their money when underwater?  In an octopurse.  Denise

Sea mullet and blue fish were caught off Ramps 44 and 45.  Flounder and speckled trout were being pulled out of the Sound. What do you call a fish that won’t shut up?  A big-mouthed bass!  Denise 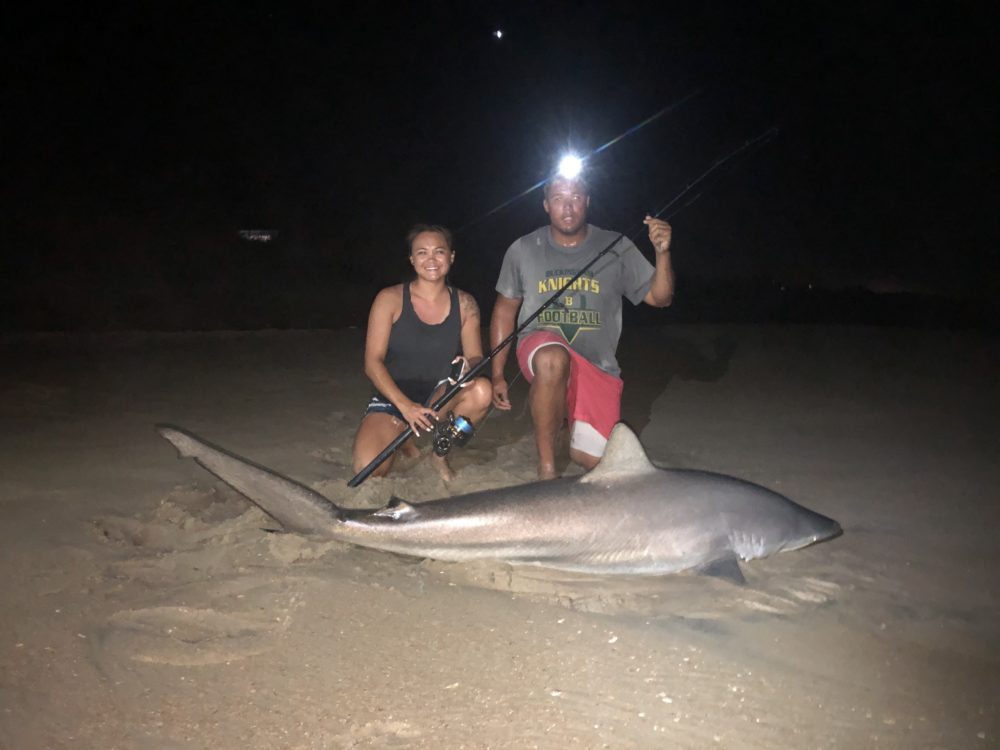 Nice Blue Fish caught tonight – a couple 3 pounders and a 2.5! A few Spanish Mackerel and Croaker showed up too. All caught on sting silvers out at the point, the south end seeming to be where all the catching was happening. Speckled Trout, Puppy Drum, Spanish Mackerel, Croaker and Flounder biting in the…

There have been a few nice flounder caught today and I heard about some boys in Hatteras getting on some nice puppy drum last night, still a few Spanish being caught every day but as we all know the most important part to catching fish is going fishing , you cant catch them from the…

Spanish and Blue are back at the point tonight. Spanish, Puppy Drum, Pin Fish, Sea Robin, and Short Flounders in the sounds this morning. Looking forward to more good fishing tomorrow!