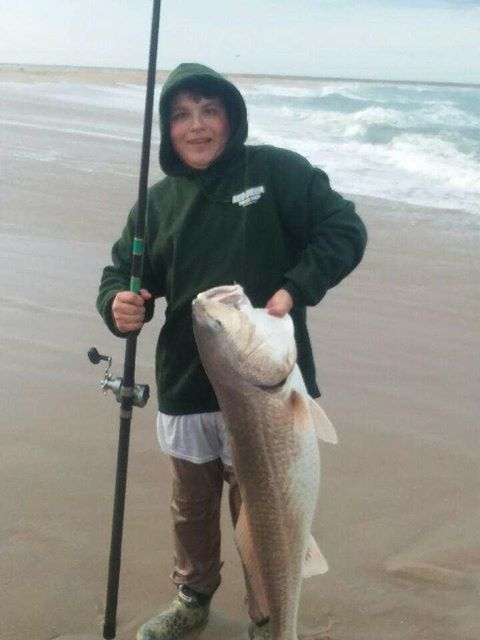 The Drum bite is on at the point!!  Roberta McCrory caught a nice 44.5″ Red drum this afternoon (not pictured). Dan Willard is up to 10 Red Drum, Bryan Lester is up to 4 Red drum and Macullah Lester has caught a gorgeous 50″ red drum (All caught and released). Now is the time to… 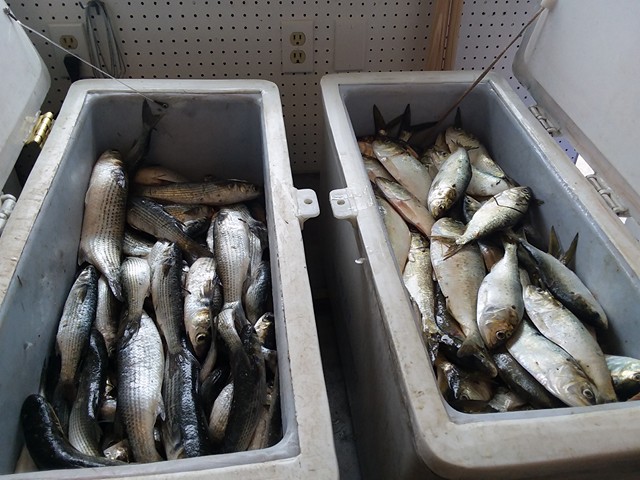 Fresh fatback and bunker just came in! Stop on in and get some before they’re all gone!

Reports are coming in that there have been a few drum above 40″ being caught north of the point! Head on out and catch ya one!

Despite a drizzle of rain here and there, not a bad day out at all.  Nice catches of Drum to 26″ have been already been reported from the Point to The Inlet.  For the freshwater fisherman we weighed in an 8 Lb. 6 oz. Large Mouth Bass caught in the pond near the lighthouse.

Considerably cooler this morning and the water temp has dropped some…There hasn’t been any reports of fish being caught off the beaches today, hopefully tomorrow the fishing will pick up.  Have a great evening and tight lines. Bryan

Still absolutely amazing weather here today for February and even more amazing that the fish are cooperating as well.  The bite started out with a few over slot drum, some yearlings, and even a few Blues at the Point this morning with a few scattered reports also coming in from Frisco and Hatteras.  The afternoon…

Wow, what an incredible day for February.  The fishing turned out to be not too shabby either with early morning reports of Red Drum at the Point up to 31″.  We also received scattered reports of Drum from Frisco to Ramp 55.  A few Sharks and Skates were also in the mix.  Expecting another beautiful…